Oslo in the Mood for May 17th Celebrations 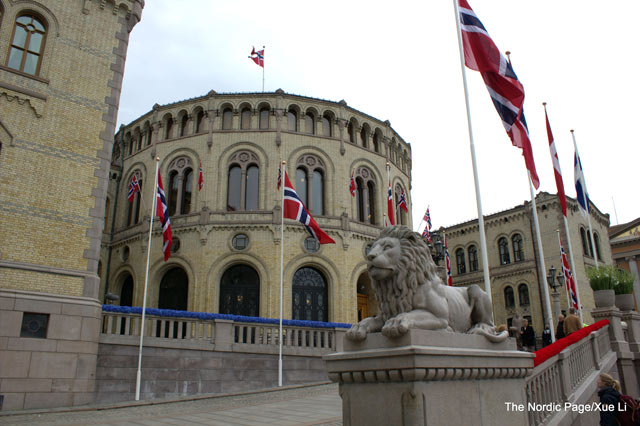 New buildings (who says toilets can’t be buildings?) have been set up to stress the core values of the Norwegian constitution. The main street, Karl Johans gate is empty at the moment, but will be fully occupied by children parades and spectators on Saturday. The parade will start on 10:00 in the morning and lasts till 13:00. Not only children, but many other groups of the society will perform on this national holiday. An orchestra has already started their show in the park near National Theater. In front of the Parliament, a party is also about to start. In fact, at this time in Norway, it doesn’t make much difference between people on stage and those in the auditorium. Look at these ladies in traditional Norwegian dress Bunad. It may quite surprise a visitor who will wonder if they come from Ibsen’s plays.