Since May 2013 a young Norwegian girl from Førde has been living in a cave. Her name is Ida Beate Løken, a high school student and a member of Green Party Norway. She got inspired by her boyfriend.

– There was a boy from my school who lived here in this cave and I could not believe in that. The boy became my boyfriend later, and while he was living out here I got so inspired that I wanted to try it myself. I could not be any less of him, – says Ida smiling to the Norwegian local newspaper Firda. 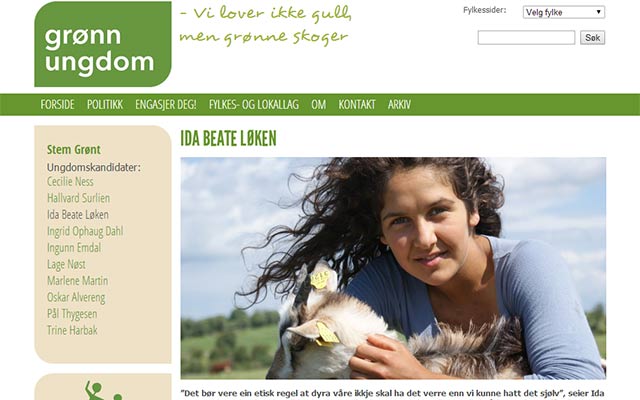 Ida is a member of Green Party Norway and is 3rd candidate of the party from the county, Sogn og Fjordane.

When she told she was moving to a cave people thought it was a very strange thing to do.

– I can understand that to a point, since it was my first thought when I heard about the boy living here last year. Still, I get the impression that people look at living outdoors or having a simple life as something uncivilised, while having high consumption is totally normal. That provokes me, – she says.

Below you can watch the interview by Firda about this young woman’s life in a cave. (with English subtitles)