The Economist: Norway is a Top Orange Country

The Economist wrote oranges were more popular for decades, but in recent years apples have squeezed ahead.

The report attributed the deciduous drive to Chinese expansion. The government’s call for healthy living and serving the Russian and the Middle Eastern markets led to more apple production in the country.

In contrast, orange production has plateaued. But it kept its popularity in Norway. Norwegians are the world’s 7th most orange consuming country according to the statistocs: 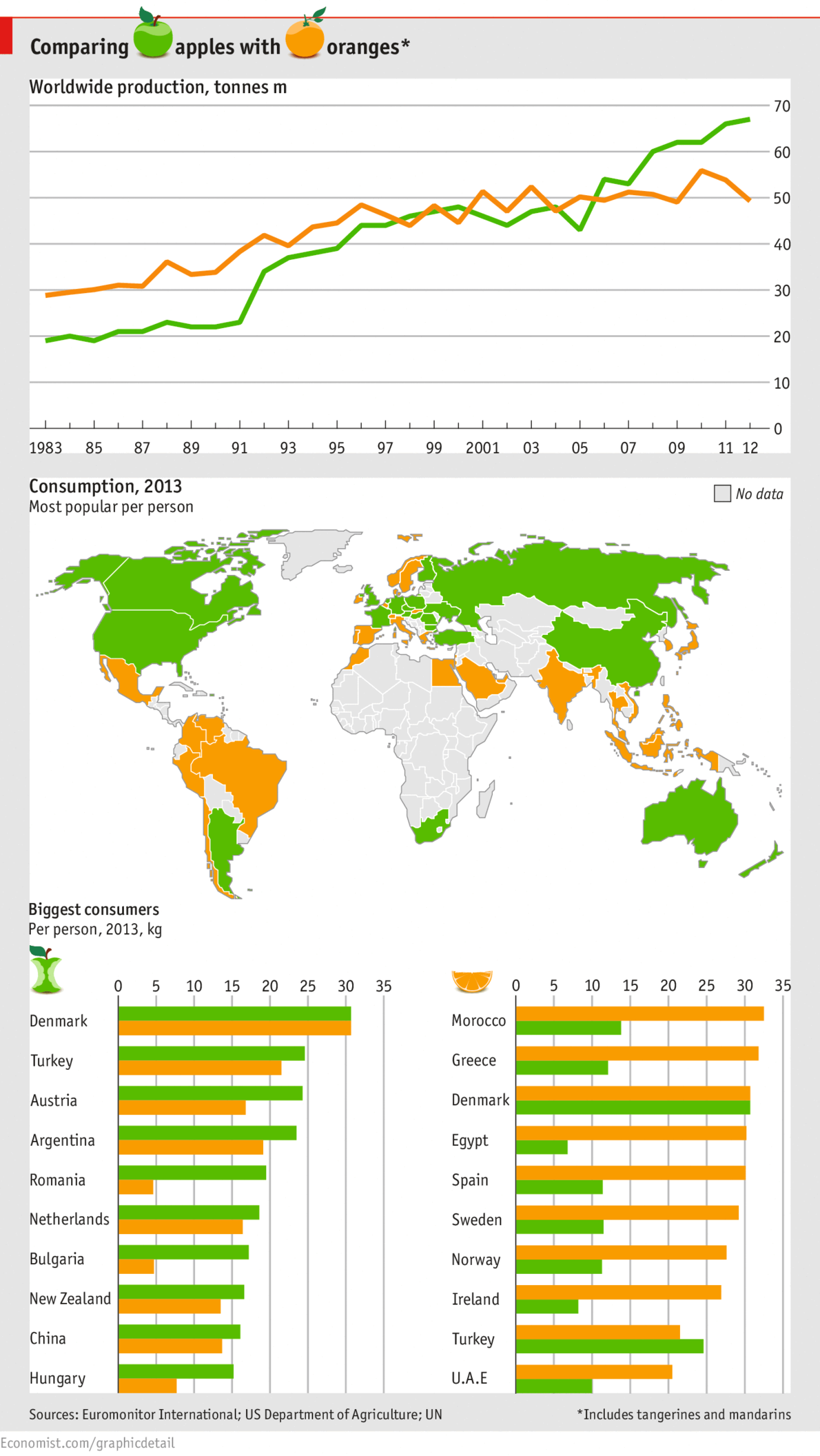