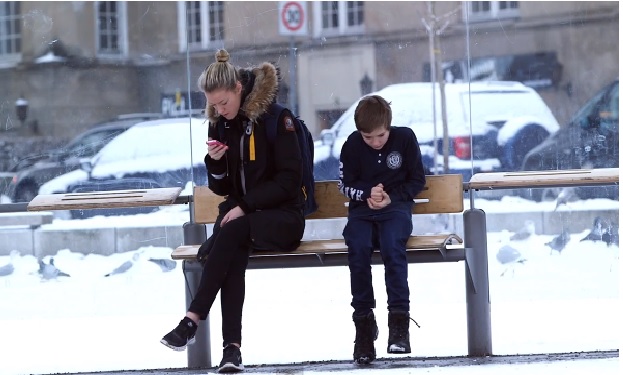 Last month SOS Children’s Villages Norway started an aid campaign for Syrian children. For promoting consciousness about the conflict in the country, the organization had prepared a touching video, which attracted the attention of millions of people all over the world.

In the video, the organizers tested how many Norwegians would be willing to help a shivering Norwegian boy in a winter cold Norway, by placing a thin dressed boy at a bus stopin Oslo . The video was recorded with a hidden camera. Many people gave  the child their jacket.

The film about the freezing boy at the bus stop were shown worldwide. It has been viewed over 13 million times on YouTube and was featured in the media in Japan, USA, Sweden and Peru!

Now the popular comapaign ended with a great success.

– It is far, far above expected, says the SOS Children’s Villages information chief, Synne Rønning. She says to Osloby that they had previously set an ultimate goal of collecting NOK 200,000, but ended with over ten-time of the amount.

The campaign focused on helping Syrian children and families during the winter, but now the collected money will also be used to assist in further efforts to distribute food and water, and create child-friendly zones where children can get psychological help, play, and just simply be children.

– You and thousands of others gave us the opportunity to send 26000 jackets for children in Syria so they can keep warm. We are overwhelmed by the response and want to thank all of you who cared and you acted in the crisis that affects children in Syria, wrote the organization on its webpage.

“Thank you so much for your most needed donation. The winter nights here in Syria are still cold and cruel, especially for children who have lost their homes. Many children continue to live in shelters that are not protected from the cold. Warm clothes help them survive,” said Rasha Muhrez from SOS Children’s Villages Syria.