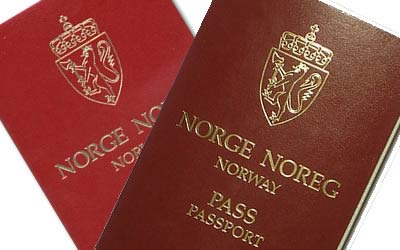 Sjøvold also comments to NRK that it does not necessary mean that more people use forged documents or unclear ID, but we have become much better to detect this fraudulent acts.

UDI informs that the ones who use forged papers risk not being allowed back into Norway because of breakage of law, some might also end up in jail.

Children-, equality- and including minister Solveig Horne (Frp) says to NRK that it is good that they have strict rules for citizenship. Horne stresses that there exist some requirements, and that there are introduction seminars for the ones who want to become Norwegian citizens. She is pleased with the tightening of the rules.

– The ones who give wrong information must not get citizenship, says Horne.

“As a Norwegian citizen I promise fidelity to my country Norway and the Norwegian community, and I support the democracy and the human rights and I will respect the country´s laws.” (translated)

This is the fidelity promise that new Norwegian citizens have to give during a special ceremony to celebrate their new citizenship. Not everyone with a new Norwegian passport have spoken the truth. Last year 15 people lost their citizenship after forged documents and false statements were detected.