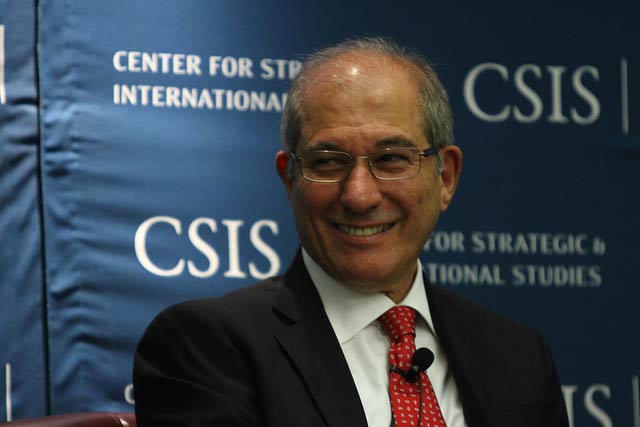 Before Director-general of the Organization for the Prohibition of Chemical Weapons Ahmet Üzümcü receives the Nobel Peace Prize, he talks to NRK about the work of the closure of Syria’s chemical weapons.

Üzümcü believes Syria is no longer able to deceive the international community in regards to its chemical weapons.

For many years, there was international speculation about Syria’s possession of one of the largest stockpiles of chemical weapons. It was believed that the country could have over 1,000 tons of sarin, mustard and VX gas stored in over 40 locations around the country.

The inventory should be built up over decades, on orders of the former president Hafez al-Assad, father of current President Bashar al-Assad.

The mission that OPCW and the UN now handles on behalf of the world community, has revealed that the rumors and estimation were true.

– Syria came with some kind of confirmation last year that they were in possession of chemical weapons, but pulled it back later. And so it was almost confirmed again. No one has been quite sure about realities, given that the official confirmation was lacking, but we knew quite certain that they had such weapons, says Üzümcü.

OPCW boss believes they are not tricked by the regime. Because Syria for years denied that they had chemical weapons, until the irrevocable was proven in the fall. Üzümcü describes it as “security mechanisms” of UN resolutions, just to stop themselves getting deceived.

– I’d say we’ve got some surprises in terms of what the inspectors come across. What we have found chemical weapons have been more or less consistent with what we expected to find, according to what we have been told by various sources, said Uzumcu.