US Embassy in Oslo is Accused of Moonlighting 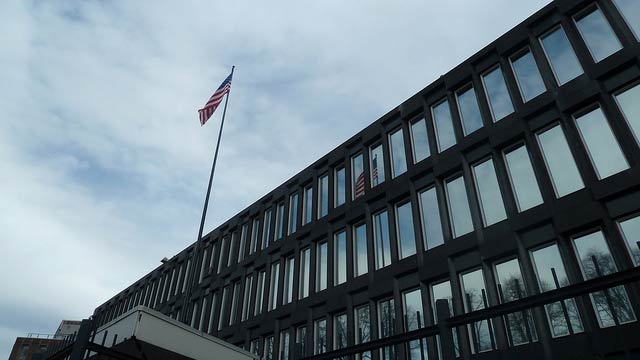 Between 15 and 20 of these will be prosecuted for gross tax fraud. Several of the staff are accused of having withhold over two million NOK in several years, reports TV2.

– This case is extensive and very serious. Therefore, I think it’s very good that we have revealed this, said tax director Hans Christian Holte.

Earlier this year the Tax Administration sent letter more than 50 current and former embassy employees. They were asked to submit pay slips for all the years they had worked at the embassy. This means that the tax authorities believe more than 50 employees have been fully or partially worked cash-in-hand, without declaring their income to the tax authority.

According to TV2, the authorities came across cases when an ex-partner of one of the staff at the embassy notified them. Then, they have become aware of which account was used to pay wages and who received the money.

The Tax Administration said that they got a notification that led the case to have come to light. A representative confirmed to TV2 that only part of the salary was reported to the authorities.

– It was common practice among the staff at the embassy only to report parts of the pay to the tax authorities. The reason for this was that the workload was huge at the embassy in comparison with wages, said the person.

In 2010, Norwegian TV channel TV 2 had revealed that some Norwegian worked as agents in a covert monitoring unit for the U.S. Embassy in Oslo. The day after the disclosure, eight of the agents had been examined by the tax administration. Afterward, moonlighting practices were found. But police dropped the case in spring 2012, and the taxt administration had decided not to appeal.