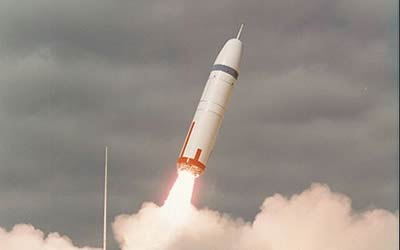 One of the main purposes of the Convention is to prevent terrorist groups from gaining access to nuclear weapons and other nuclear material.

The Nuclear Terrorism Convention is particularly important, given the serious consequences nuclear acts of terrorism can have. The Convention is an important part of international anti-terrorism efforts and non-proliferation work.

“The prospect of nuclear weapons falling into the hands of terrorists has always been a nightmare scenario. The Nuclear Terrorism Convention provides a better and more comprehensive framework for the fight against international terrorism,” said Minister of Foreign Affairs Espen Barth Eide.

The Convention obliges states parties to make it a punishable offence to possess or use radioactive material, nuclear material or nuclear devices with the intent to carry out acts of terrorism. The parties are obliged either to prosecute the offences or to extradite the persons concerned to other countries if requested to do so. The Convention is also designed to promote police and judicial cooperation with a view to preventing, investigating and prosecuting criminal offences of this kind.

The Government decided in the Council of State on 14 June to request the Storting’s consent to ratify the Nuclear Terrorism Convention.

Thirteen international conventions dealing with different forms of terrorism have been developed under the auspices of the UN. Norway is already party to 12 of these. The International Convention for the Suppression of Acts of Nuclear Terrorism was adopted by the UN on 13 April 2005 and was opened for signature on 14 September 2005. There are currently 86 parties to the Convention.