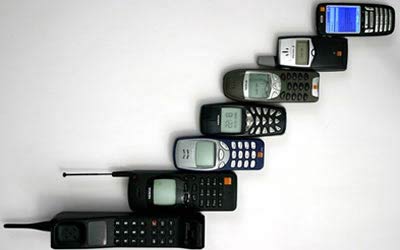 People keep upgrading their mobile far more often than they send their old handsets for recycling.

“These old handsets simply pile up in our rummage drawer. Sports clubs all round Norway are now collecting handsets you no longer need. Over 90 percent of an old handset can be recycled for new production,” says Berit Svendsen, CEO of Telenor Norway.

550 sports clubs all round the country are launching an extensive campaign to collect old mobile phones. This voluntary campaign is a cooperative effort between Telenor and the The Norwegian Olympic and Paralympic Committee and Confederation of Sports (NIF). Clubs receive NOK 35 for each handset they collect.

And there are plenty of phones to seek out. According to a Norstat questionnaire on behalf of Telenor, 51 percent of Norwegians age 17 or older, have at least one surplus handset lying around. 19 percent even have four phones or more.

Which all adds up to around 7.8 million surplus mobile phones.

2.2 million mobile handsets were sold in Norway in 2012, ten percent fewer than the previous year. Smartphones now account for 86 percent of sales.

“People prefer to keep their smartphones for a bit longer, but we still think it is worth continuing this campaign for many years. Norwegians care about the environment and there is a huge number of surplus phones out there,” says Berit Svendsen.

This is the third year the campaign is being run. In the first two years, sports clubs collected over 350,000 old phones, raising NOK 12.4 million (2.17 Million USD) for the clubs in the process.

“In boosting club funds around Norway, this money is going to a good cause. The campaign also has a clear green profile. This provides an added boost to the volunteers who go round collecting the phones,” says Børre Rognlien President of The Norwegian Olympic and Paralympic Committee and Confederation of Sport.

The campaign is part of the Telenor programme “Old phone new life” and  is becoming known to the population. Four in ten people say they have heard of it, and nine out of ten say they would be willing to donate a surplus phone to the campaign, according to the Norstat survey.

The phones are collected in special bags to prevent them being taken out of the bag to ensure the safety of those who donate their old phone to the campaign.

They are then counted and registered in Norway before being sent to Telenor’s environment certified recycling partner Regenersis Inc. in Britain, one of the world’s largest recyclers of electronic equipment.

Telenor recycling of used mobile phones in a collaboration with the Norwegian Confederation of Sports, in Telenorbutikken and by return envelopes that can be ordered on www.telenor.no/gjenbruk

A total of 550 sports teams will collect used mobile phones in 2013. The list of  clubs is on  www.idrett.no

The used mobile phones collected are counted by Alternative Data AS in Oslo before they are sent to Telenor’s international recycling partner Regenersis in the UK. The company is certified and has strict procedures for safety and handling of hazardous waste.

The used phones are either recycled or reused.

All profits from the program returned to the sport teams or to charity with a clear green profile.