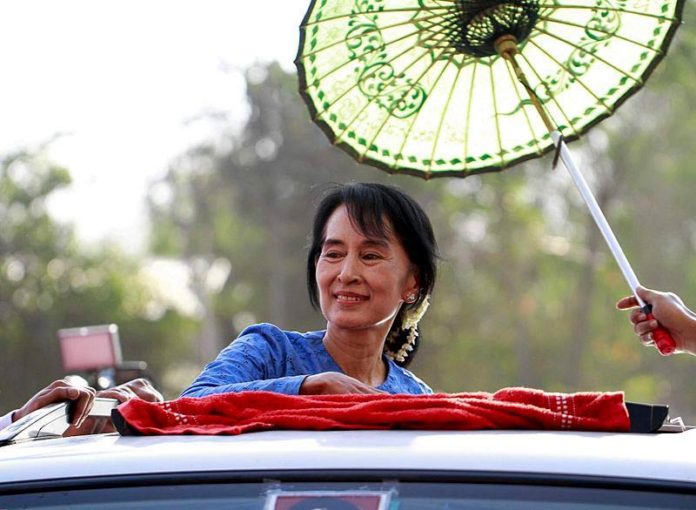 “I am delighted to be able to receive Nobel Peace Laureate Aung San Suu Kyi in Norway. After more than 20 years’ struggle, she is finally able to take an active part in politics,” said Mr Stoltenberg.

Their talks will mainly focus on the reform process in Myanmar, future challenges and the role that Ms Suu Kyi and her party, the National League for Democracy, will play in the years to come.

“The fact that we can finally receive Ms Suu Kyi here in Oslo is a concrete demonstration of the changes that have taken place. They represent a historic turning point for the country,” said Mr Stoltenberg.

Norway has supported the democracy movement in Myanmar ever since Ms Suu Kyi was awarded the Nobel Peace Prize in 1991. In recent years, an increasingly close dialogue has developed with Myanmar, in step with the introduction of democratic reforms and the general opening up of the country. At the request of the Myanmar authorities, Norway is leading an international initiative to support confidence-building measures in the areas where ceasefires with armed ethnic groups have recently been signed.

“Through our dialogue with the authorities, the opposition and armed ethnic groups, we have won the confidence of all parties. This gives us a good starting point for supporting Myanmar’s further political development,” said Mr Stoltenberg.

While she is in Oslo, Ms Suu Kyi will, in addition to her talks with Mr Stoltenberg, have an audience with The King and Queen at the Royal Palace, meet Minister of Foreign Affairs Jonas Gahr Støre, give her Nobel Lecture, and take part in the annual Oslo Forum Mediators’ Retreat. She will also travel to Bergen to receive the Rafto Prize.