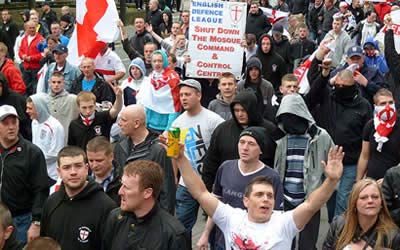 Several months prior to 22 July, the Police Security Service (PST) notified the government that they had very few resources to monitor right-wing extremist groups, according to the daily newspaper VG.

Sources the newspaper spoke with said that at that time there was only one PST-employee as a full time working on possible terrorist threats from the extreme-right individuals and groups.

PST Manager Roger Berg declined to confirm the information, but says it is true that the resources allocated for the national extremism were given lower priority than the threat of extreme Islamists.

The director of Norway’s Police Security Service, Janne Kristiansen, had previously told that her agency would focus on dangers from home-grown Islamic extremism, even though attacks targeting Norway’s left wing have increased since the July massacre.

“In recent years we have seen a development in which some people raised in Norway become radicalized and for whom Norway and Norwegian society are the enemy,” said Kristiansen.

These statements had been criticized for playing down the threat of far-right terrorism, despite the attacks by a right-wing extremist that killed 77 people last summer.

Kari Partapuoli from the Norwegian Antirasistisk Senter (Center against Racism) had told that right-wing extremists have been implicated in violent attacks in Norway’s history and she criticized the Norwegian authorities for not looking at the whole picture.