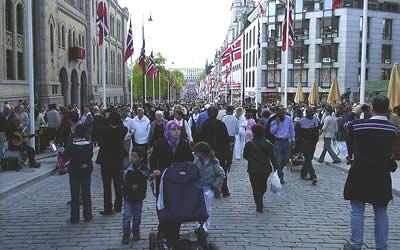 The statistic from Norway Statistics Bureao (SSB)also  shows that 99 boys were named Anders in 2010. Then, to July in 2011, 59 were boys named Anders. On the other hand,only 9 parents chose Anders for their children.

The reason for the rapid drop in the popularity of Anders is said to be 22 July.