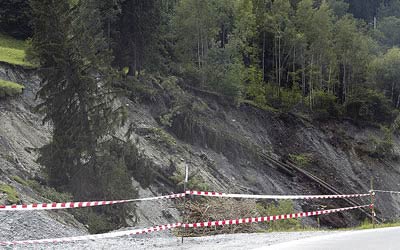 According to Adressavisen, the region where the avalanche has passed is a clay area and there is imminent danger of new landslides.

The police is running from house to house asking people to get out of the area.
– We ask the people who live in Esp to leave their houses immediately, said operations manager Tore Kyllo at Sør-Trøndelag police district.
So far, at least eight people, six adults and two children have been evacuated from a farm near the landslide.
Police cars, ambulance, fire fighters and the Sea King helicopter were sent to the area.