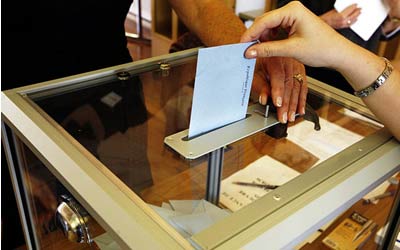 While Labor's support reached to 31,7 with a 2% point increase, Conservatives increased their votes by 8% reaching to 28 %. In Oslo, the increase for Conservatives was 10.8 percentage points, which helped them to be the largest party in Oslo.

On the other hand, right wing, Progress Party(FrP)'s support dramatically decreased. The party, which has been harshly critized for its anti-immigrant policy after 22/7 terrorist attacks, had a great disappointment in the capital and their votes were halved to 7.2 percent. In the whole country, FrP's support decreased by 6.5 percent to 11.5.

While other parties kept their votes at almost same level, Socialist Left Party (SV) was the second most unsuccessful part of the election with a 2 percent point drop to 4 percent support level.