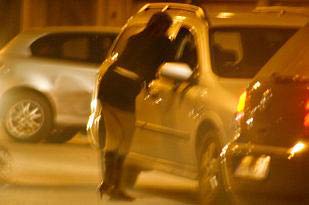 The number of prostitutes has decreased after the new buying sex law was introduced last year. However, police is now concerned about the closed Russian and Lithuanian communities, which still dominates the market, writes the newspaper Dagbladet on Thursday.

– We have great difficulty in penetrating the Russian prostitution environment, "said the head of police STOP group, Harald Bøhler to Dagbladet.

The women usually responds when they are called from the numbers advertized on the internet, but people from pimp organization stand behind these women.

Bøhler further says that a large amount of earnings goes to these underground organizations, while fostering human trafficking. He believes women are controlled through threats by pimp organizations.

Police in Oslo says that about 60 women are involved in prostitution. So far this year 34 people were caught while buying sex in the capital. This is an increase of 34 percent compared to same time of the previous year.