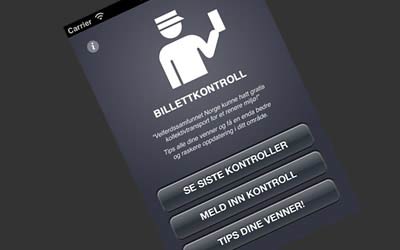 Through high-tech mobile phones or devices having quick access and rich functionalities for the users, most people are constantly connected to the internet at any time of the day. Individuals have gained the freedom to manipulate and share the data they produce or already have with others via these devices. It is now possible for anyone from any location to take a picture of an event on their mobile phone, upload the picture to the internet and have that picture on the front page of major newspapers in minutes. As a result of this technology, everyone is now like an interconnected portable broadcasting station. This wave of smart connected phones urges the market players to work on more creative ways to penetrate into the lifestyle of their consumers.

Cashing in on the benefits of the trend, numerous developers offer applications which promise various goods for iPhone users. Most of the applications are targeted towards helping easy web browsing and e-mail sending, checking news and updates instantly, catching up travel alerts, gaming, and much more. However, some of them come with controversial services in terms of their functions.

Such controversy has arisen over a recent iPhone application filed by Norwegian developers. The Billettkonroll is an integrated travel application for the iPhone offering users the ability to access the information about where there are ticket controls occurring on the public trains and busses in Oslo. With the ticket control application, you immediately know if there is any control of public transport in your area. You can choose how closely and how often you want to be notified of the next control. As a result, it is possible to use public transportation without buying any ticket.

The Ticket Control alerting application costs almost the same as a single ticket and there are no extra SMS costs like that of other similar services. The application is based on the connection of all users willing to notify each other about the routine ticket controls.

The application’s developers advocate the legitimacy stating that ticket prices have risen two to three more times than the general inflation rate in Norway. They also consider the act of charging high fines to people who take buses and trains without buying ticket as “exploitation”.

The developers also claim that “public transport should be free” and thus encourage the use of this application. However, the application itself is not free of charge. The users pay NOK 17, – per application download – a bit less than a subway ticket.

Gerkem Yuksel, a regular passenger of the public transportation in Oslo, considers using such applications unethical and unfair. Another passenger, Ingrid Nielsen, says she had also heard about other free alternatives to this iPhone application on Facebook and Twitter pages. She thinks that ticket control can be a stressful and unpleasant experience.

-“Personally, I buy Flexus card every month, but dislike the way how the control is implemented. Once, I had to wait for an hour at a station because I forgot to validate my travel card and I was labeled as a fraud by the ticket inspectors,” says Nielsen. She also adds that she never justifies the illegal transportation however; stressing that it is pleasant to be able to avoid meeting the inspectors.

Communications director Bjorn Rydmark from the public transport authority for Oslo and Akershus Oslo T-banedrift AS states that there are no rules in Norway against such a thing, as it might have something to do with the idea that we live in a free country. In an interview with Norwegian daily, Aftenposten, Rydmark notes this is perhaps a consequence of the open information society. He asserts, however, that it is morally reprehensible and rejects the arguments of the developers, pointing out that public transportation will not be cheaper if everyone uses the Ticket Control Notification on their iPhones.

In Oslo, once you have your tickets, you can board the train. There are no gates, turnstiles or ticket validation meters and no conductors to take your tickets. Ticket inspectors periodically board trains to check for ticket compliance. The inspectors usually work in groups. The fine if you are caught riding without a ticket is up to 900 NOK.

Billettkonroll for the iPhone is an application that tells you where ticket inspectors are performing controls on public transportation within Norway. This gives you the chance to know about the checks that are in your proximity. The program costs NOK 17, – on the App Store .