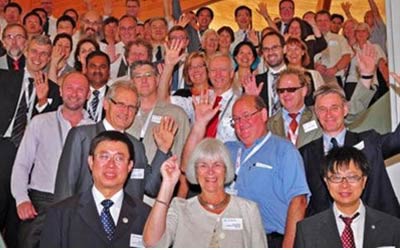 The agreement was signed in Shanghai yesterday, by the director of the Norwegian Polar Institute, Dr. Jan-Gunnar Winther, and the Director of the Polar Research Institute of China, Dr. Huigen Yang.

The Norwegian Minister of Research and Higher Education Tora Aasland, who attended the signing ceremony in Shanghai, said that Norway welcomes China’s increased involvement in polar research: “Chinese polar researchers are among the best in the world, and we are happy that China is now investing increased efforts in polar research”.

Jan-Gunnar Winther of NPI added that China’s contribution to the field of polar research is significant because it also includes highly advanced technology and top modern research facilities.

The signing of this agreement signals that over the next five years, NPI and PRIC will strengthen their mutual cooperation and communication, and increase mutual exchange of information. The collaboration between the two research institutes will include research on glaciers and ocean ice. Norwegian and Chinese researchers have already started to prepare for the forthcoming joint research expedition to The Arctic.