The program introduces the concept with the following description:

“It’s television’s version of taking a deep breath…a very long, very slow, deep breath. It’s called “Slow TV,” and it’s a surprise smash-hit in Norway, where millions tune in to watch live, unedited broadcasts of train journeys, ferry boat rides, firewood burning or people knitting for hours or days at a time. As Rune Moklebust, who helped conceive of Slow TV, explains to Seth Doane, the broadcasts simply reflect life: “Much of life itself is boring. But in-between, there are some exciting moments, and you just have to wait for them.”

In recent years, a programming phenomenon called Slow TV by Norwegian public broadcaster NRK has been very popular. Slow TV is characterized by hours and hours of continuous coverage of fixed cameras on a subject or event.

Past programs have included a seven-and-a-half hour train journey, a 134-hour coastal cruise, 12 hours of firewood burning and 18 hours of salmon fishing.

The concept has attracted the attention of international media. Recently, An American production company LMNO Productions acquired the rights to bring the Slow TV format to the USA. 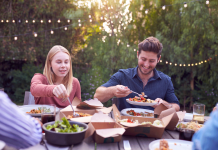