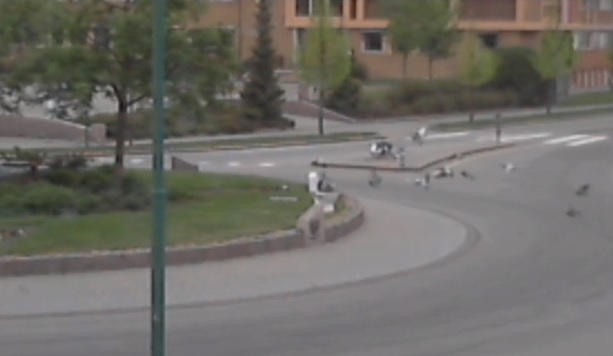 From Thursday, the radio streamed online from the roundabout where the toilet bowl is located. They also had a live reporter on the spot to cover the “dirt case”. The radio also had a competition among its listeners. they were asked to predict how long it would take for the municipality to remove the bowl. And the prize was a brand new toilet bowl.

Talking to NRK, the program leader at SolørRadioen, Andreas Krantz, said they have been inspired by NRK’s slow TV productions.

– I drove to work every morning for six days and saw the toilet bowl there. I think that we’ll do our social duties and put some focus on the issue, says Bjørn Martin Brandett from the radio station.

Many in the area have probably noticed streaming online and the live broadcast on the radio. There were many motorists who took extra rounds at the roundabout to catch up what happened.