Africans Donate Their Radiators for Norway 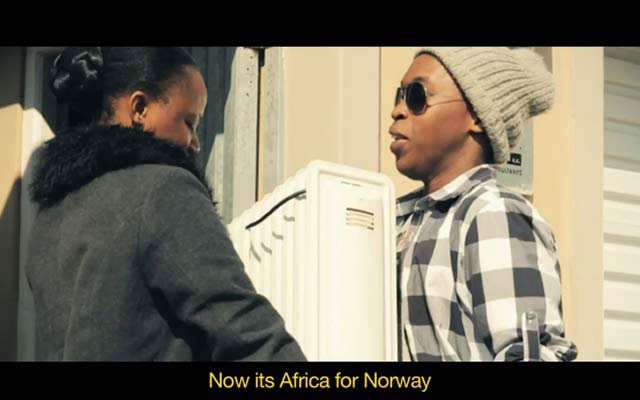 A video was made by The Norwegian Students’ and Academics’ International Assistance Fund (SAIH) to show the positive development in Africa in a funny way. With the cooperation of Operation Day’s Work. With funding from The Norwegian Agency for Development Cooperation (Norad) and The Norwegian Children and Youth Council (LNU), Saih prepared the video featuring an African aid campaign for Norwegian people.

Imagine if every person in Africa saw the “Africa for Norway” video and this was the only information they ever got about Norway. What would they think about Norway?

If we say Africa, what do you think about? Hunger, poverty, crime or AIDS? No wonder, because in fundraising campaigns and media that’s mainly what you hear about.

The pictures we usually see in fundraisers are of poor African children. Hunger and poverty is ugly, and it calls for action. But while these images can engage people in the short term, we are concerned that many people simply give up because it seems like nothing is getting better. Africa should not just be something that people either give to, or give up on.

– The truth is that there are many positive developments in African countries, and we want these to become known. We need to change the simplistic explanations of problems in Africa. We need to educate ourselves on the complex issues and get more focus on how western countries have a negative impact on Africa’s development, says the campaign organizers.