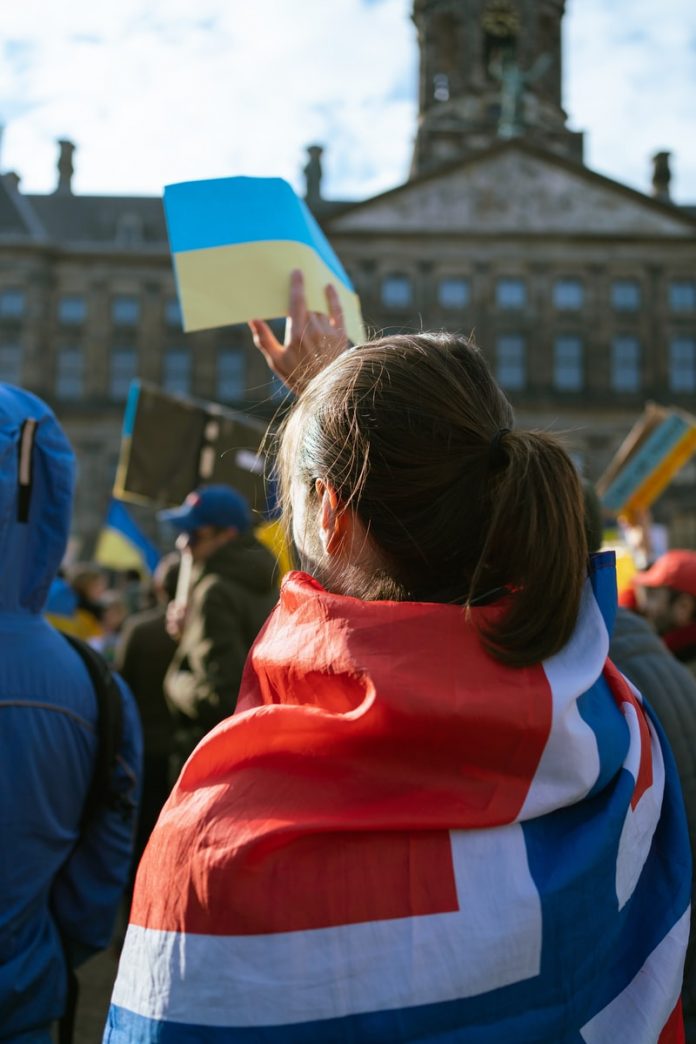 “Being able to communicate with loved ones by phone or via the internet is essential for temporarily dispaced citizens in Norway and for people still in Ukraine. I am therefore very pleased that Norwegian businesses and organisations are donating mobile phones and other equipment through this collection campaign,” says Minister of Local Government and Regional Development Sigbjørn Gjelsvik, of the Norwegian Centre Party.

In a joint venture with the Ukrainian Ambassador to Norway, Viacheslav Yatsiuk, the Norwegian Ministry of Local Government and Regional Development has initiated a campaign to send computers and telecom equipment to Ukraine.

“So far, seven companies and one municipal authority have donated computer and telecom equipment to Ukraine. At the moment, this amounts to six or seven pallets with several hundred kilos of equipment. This will make an important contribution to maintaining digital communication in areas that have been hard hit by the war, ensuring family and friends can be contacted and accounted for,” says Minister of Local Government and Regional Development Sigbjørn Gjelsvik.

At the end of March this year, the Ministry of Local Government and Regional Development started collecting digital equipment for Ukraine. Among the equipment collected so far are smartphones, computers and network equipment such as routers, switchers and servers. In addition, equipment has been donated that will help improve mobile coverage in areas where mobile networks have been severely compromised.

“Equipment that helps improve mobile coverage is crucial for ensuring communication in areas that have been heavily impacted by the war,” says Gjelsvik.

“Actions speak louder than words, and this project is yet another concrete example of Norway’s practical solidarity with the Ukrainian people in its heroic fight for our freedom and our common European values. Digital equipment belongs to the category of critical products in Ukraine, and the importance of their supplies from Norway at this decisive moment is difficult to overestimate. I thank Minister Gjelsvik and his team for their leadership in making this happen. On behalf of the Ukrainian government and all my countrymen, I would also like to express my sincere gratitude to all Norwegian companies that have already contributed or are considering to contribute to this important endeavour. I also have no doubt that after Ukraine wins this war for civilization, our two countries will bring their mutually beneficial cooperation in the IT sector to a new level.” says Ambassador Viacheslav Yatsiuk.

This kind of equipment will also be useful in the future, when the country needs to be rebuilt. Ukraine needs even more mobile phones, modems, computers, batteries, servers and network equipment.

“We hope even more businesses and organisations will contribute. It is very important that donated equipment works well, is fully charged, and is ready for use,” adds Gjelsvik.