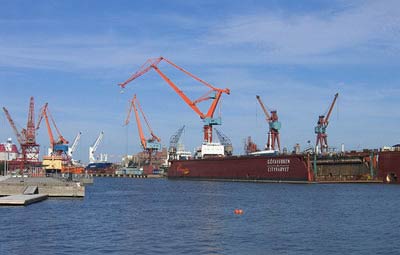 The trade surplus in September fell by 26.3 per cent to NOK 15.5 billion, making it the second lowest level since December 2004. Only April this year has been lower, when the import of a platform pulled the trade surplus sharply down.1 Despite the fact that mainland exports increased, exports as a whole went down due to the lower price and volume of crude oil.

The biggest increase was in the main group chemical products, where exports rose by 20.1 per cent to NOK 4.7 billion. Here there was a general increase in all but one of the product groups. The sub-group organic chemicals grew the most, by almost 36 per cent to NOK 1.3 billion. Otherwise the main commodity groups manufactured goods and machinery and transport equipment rose 8.5 and 6.7 per cent respectively, ending at NOK 6.9 billion and NOK 7.5 billion.

Export of fish continues to remain high and amounted to NOK 6.5 billion in September. This is an increase of 10.1 per cent compared with last year. The export of fresh whole salmon is the main contributing factor. This group increased its value by NOK 785 million to NOK 3.3 billion. Both the price and the volume contributed to the growth in value.

The main commodity group mineral fuels was the only group to go down in September. Here the sub-groups electric current and refined petroleum products showed the largest decline, down 38 per cent and 5.8 per cent, to NOK 362 million and NOK 3.2 billion.

In September, imports ended at NOK 51.5 billion. This is an increase of 2 per cent from last September.

Imports in the main cargo miscellaneous manufactured goods rose from NOK 8.1 billion to NOK 9.3 billion in September 2015. Imports of machinery and transport declined by 1.9 per cent, from NOK 19.1 billion in 2014 to NOK 18.8 billion in 2015. The sub-group other transport equipment accounted for the bulk of the decline and went down NOK 1.2 billion. This is due to high imports of aircraft in September 2014 compared to the corresponding month this year. Otherwise, the main commodity group road vehicles went up by more than NOK 600 million. More than 18 000 cars were imported in September; 3.7 per cent more than the same time last year.