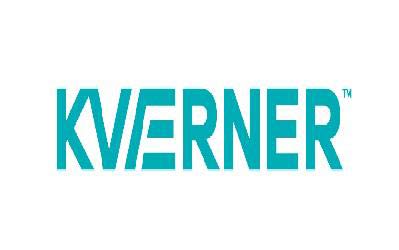 The agreement to deliver the deck for the utility and living quarter (ULQ) platform comes after a tough international competition, where Kvaerner-KBR presented the best overall bid. The agreement has an estimated total value for the Kvaerner- KBR partnership of approximately NOK 6.7 billion.

The ULQ-platform is one of four platforms to the Phase One development of the Johan Sverdrup oil and gas field on the Norwegian continental shelf. Kvaerner-KBR joint venture will execute the engineering, procurement and construction (EPC) for the ULQ topside as one complete delivery. The agreement also includes an option for commissioning assistance and offshore hook-up for the platform.

“The market has shown a strong interest in this contract, and Kvaerner and KBR have won the contract in tough international competition. So far the Norwegian supplier industry has won the main Johan Sverdrup contracts. It is good to see that Statoil and the suppliers jointly are about to break the cost curve to ensure competitive force in a tough time for the whole industry,” says Margareth Øvrum, executive vice president for Technology, Projects and Drilling in Statoil.

Over the last decade, costs in the global oil and gas sector have increased significantly, to the point where oil companies and their contractors are now implementing changes aimed at sustainable cost reductions.

– This is another milestone in the industry’s ongoing improvements. The success of this process is based on close cooperation with our customers. Last year, the turn-around of Kvaerner’s business for steel substructures for platforms resulted in a letter of intent for two jacket deliveries to Johan Sverdrup. Today’s agreement shows that also Kvaerner’s business for platform topsides has established a new competitive cost level. This strengthens our position for also winning other projects. We will continue the drive to improve our costs, productivity and competitiveness even further, in close dialogue with Statoil and other clients”, says Jan Arve Haugan, President & CEO in Kvaerner.

As part of a strategic development, Kvaerner has significantly reduced costs and increased productivity throughout its businesses. The improvements include changes to its cost base and work processes, as well as a more effective cooperation with partners and subcontractors. The new contract is a result of these efforts. Through the preparations for the Johan Sverdrup bid, Kvaerner and KBR have established a model which leverages the compatible expertise in the joint venture. The partners will therefore continue to also pursue other future prospects, through a strategic relationship.

Kvaerner-KBR’s project execution model includes a wide range of suppliers both in Norway and around the globe. Apply Leirvik at Stord in Norway will be a subcontractor for delivering the accommodation module. Fabrication of the utility module will be done by subcontractors in Poland under management of Kvaerner. Kvaerner’s specialised facility at Stord will assemble, outfit and assist in the commissioning of the topside.

Detailed engineering will start immediately, while fabrication is expected to start spring 2016. The platform topside is scheduled to be delivered in the first quarter of 2019. At peak in 2017, a total of 1 500 to 2 000 people will be involved in the project execution. Contract partners are Kværner Stord AS and KBR ltd.

-We have committed to deliver. Now we will deliver as committed, and all of us in Kvaerner are today looking forward to get started. The new Johan Sverdrup contract provides an important momentum for Kvaerner’s move in to a new chapter of more industrialised and cost effective project execution, says Haugan.