Norway is the Best Place to Work in the World 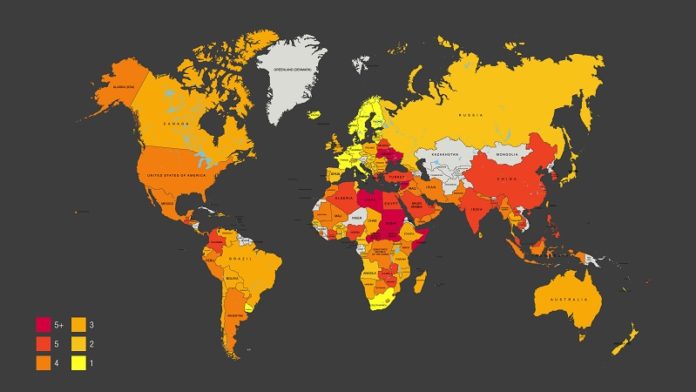 According to Huffington Post, the report sheds light on the workers’ rights across 139 countries. For its 2014 Global Rights Index, the ITUC evaluated 97 different workers’ rights metrics like the ability to join unions, access to legal protections and due process, and freedom from violent conditions. The group ranks each country on a scale of 1 (the best protections) to 5 (the worst protections).

The study found that in at least 35 countries, workers have been arrested or imprisoned “as a tactic to resist demands for democratic rights, decent wages, safer working conditions and secure jobs.” In a minimum of nine countries, murder and disappearance are regularly used to intimidate workers.

While Denmark was the only country in the world to achieve a perfect score, Norway also managed to be in the same category with its neighbor.

Norway led the way through its strong labour laws, while Greece, the United States and Hong Kong lagged behind,” wrote ITUC general secretary Sharan Burrow in a statement about the report.

What the most striking point of the report is the conflict of the worker’s right index with the World Bank’s Ease of Doing Business Index.