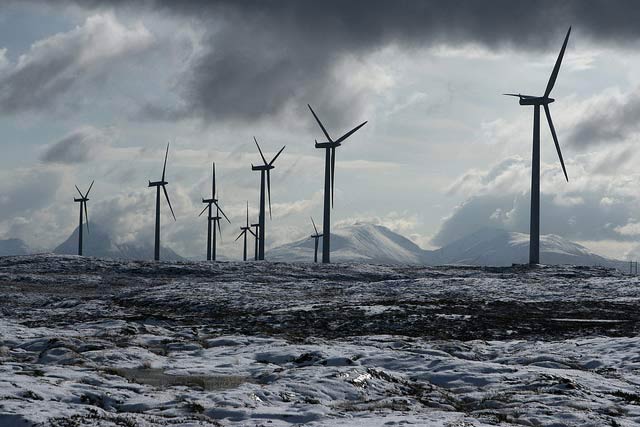 The work will start immediately, which means that Statkraft will have four major wind farms under development in cooperation with SCA in mid/northern Sweden. Statkraft’s investment budget for the two most recent projects is about NOK 5.2 billion.

In total, the Björkhöjden and Ögonfägnaden wind farms are expected to produce on average 1090 GWh annually.

“These projects in partnership with SCA will strengthen Statkraft in its work to establish a solid platform for profitable and cost-efficient wind power production in Norway and Sweden. Wind power is environmentally sound and a significant contribution to the transition to a future low-carbon society,” says Statkraft President and CEO Christian Rynning-Tønnesen.

The two new wind farms will be built in Jämtland and Västernorrland counties, northeast of Östersund in mid/northern Sweden. Björkhöjden wind farm will have an installed capacity of 270 MW and will start operations in two stages, in 2014 and 2015. Ögonfägnaden wind farm with its 99 MW will be completed as early as 2014. A total of 123 wind turbines will be erected, each with an output of 3 MW. The construction work will start immediately.

The wind farms are being built by a joint venture company owned 60-40 by Statkraft and Svenska Cellulosa Aktiebolaget SCA.

The partners already have two wind farms under construction in the same area. Stamåsen wind farm (60 MW) will be completed later this autumn, while Mörttjärnberget wind farm (85 MW) will start operating in 2013. The total investment for these four wind farms is about NOK 7.5 billion.

Statkraft already owns and operates wind farms in Norway, Sweden and the UK, and has a number of wind power projects under development. In addition, the Group’s first offshore wind farm, Sheringham Shoal Offshore Wind Farm, built in cooperation with Statoil off the coast of Norfolk, England, opens today. Furthermore, Statkraft holds a licence to develop license applications for Europe’s largest offshore wind zone (9000 MW) on the Doggerbank, along with its partners in the Forewind consortium.

Statkraft is Europe’s leader in renewable energy. The Group develops and produces hydropower, wind power, gas power and district heating, and is a major player on the European energy exchanges. Statkraft has 3400 employees in more than 20 countries.