FrP will Use Oil Fund Money for Road and Railway 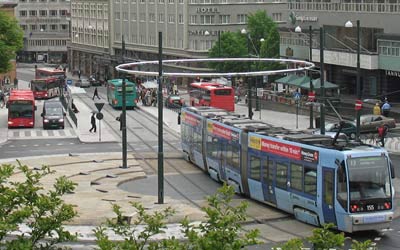 FrP published the first draft of the new party program. Accordingly, they will use money from the Government Pension Fund (Oil Fund) to invest in road and railway building.

The party’s deputy Per Sandberg said they are not at all focused on other parties’ standpoint and they shape their program from the party’s founding principles and ideology.

Next week. Sandberg will send the first draft of the new party program for consultation. The draft shows that the FRP will distinguish between government consumption and government investment.

“Economically profitable” investments in road, railways and other infrastructure are to be lifted out of the state budget and financed by pension funds. There is room to do this in the Norwegian economy, says FRP.

Debate on the Fund

Due to the large size of the fund relative to the low number of people living in Norway (4.9 million people in 2010[8]), the Petroleum Fund has become a hot political issue, dominated by three main issues:

Whether the country should use more of the petroleum revenues for the state budget instead of saving the funds for the future. The main matter of debate is to what degree increased government spending will increase inflation.

Whether the high level of exposure (around 60 per cent in 2008) to the highly volatile, and therefore risky, stock market is financially safe. Others claim that the high differentiation and extreme long term of the investments will dilute the risk and that the state is losing considerable amounts of money due to the low investment percentage in the stock market.

Whether the investment policy of the Petroleum Fund is ethical.