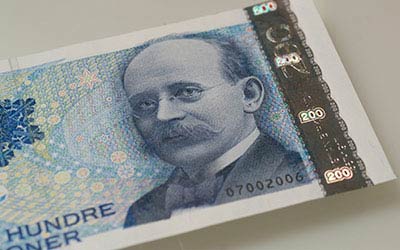 In the same period, “other sectors” had a gross debt increase from NOK 1 272 billion to NOK 1 403 billion. Much of the change stems from the increase in mortgage companies’ bond debt.

Public sector external debt, on the other hand, fell from NOK 569 billion at the end of the 4th quarter of 2010 to NOK 288 billion at the same time in 2011. The decrease in loans is caused by Government Pension Fund’s (SPU) reduced loans associated with repurchase agreements.