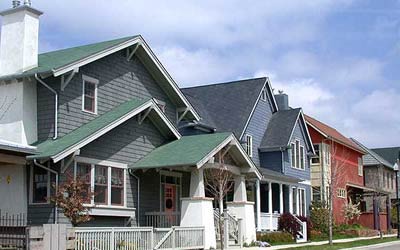 Average rents for one bedroom apartments during the period July in Oslo have reached an all time high of NOK 8,245 on average. A key factor in the influence of the increased rental price, explains the increasing gap between demand and supply. The brokers accept they keep waiting higher offer from another potential buyer or demands a higher price at the last minute.

However, uncertainty as a result of the economic turmoil would make house price's increase slower – and perhaps fall, according to experts.

– The turmoil will lead to lower house prices, says Øystein Dørum, chief economist at the DnB Nor to E24.

He believes that tuncertainty in the financial markets will result in the termination of the interest rates internationally.

– A lower interest rate will lead to higher house prices. Meanwhile, a weaker development of the economy means that house prices are falling. These two things go in opposite directions, he said.

Bjorn Erik Øye in Prognosesenteret also thinks the turmoil will slow down the inflation in housing market. He said the psychological impact of the economic turmoil will cause the market to slow down faster than it would do normally.

– But as long as people have jobs and a positive outlook, it has not any effect on the real economy. As soon as one begins to fear about their jobs, then house prices fall, he said to E24.