According to Norwegian daily, Aftenposten, the increase means that each citizen in Norway have around 590,000 kroner sharing in the fund.

– It's kind of a dream, “said Finance Minister Sigbjørn Johnsen (Ap) to the newspaper and he maintained Oil Fund has provided Norway with additional opportunities and a faster expansion of welfare.

Ministry of Finance noted the Pension Fund's value has doubled in ten years. -Adjusted for inflation, it will mean that each of us have inherited an oil fortune of 920,000 Kroner in 2010-value. Yet, Johnson warned it is not appropriate to hand out money to people.

– This money is used to fund the day care and elderly care. This gives people a share of the money. Wealth belongs to the Norwegian people, and there is a common agreement that the community's political bodies are to distribute it, ” said Johnson. 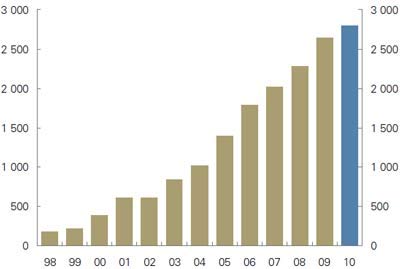