Is the Financial Crisis Over in Norway? 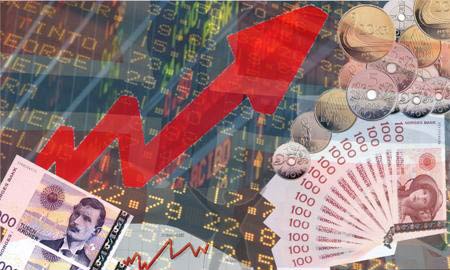 Norges Bank’s Executive Board decided to raise its key rate by 0.25 percentage point to 1.75 percent. Arne Strand interpreted this as the end of the financial crisis in Norway in Norwegian daily, Dagsavisen.
Deputy Governor of Norway Central Bank (Norges Bank), Jan F. Qvigstad announced that they have decided to raise interest rates as a result of recent activity in the Norwegian economy and low inflation rate around 2.5 percent. The growth in the U.S. and most countries in Europe encouraged the Norges Bank to take this decision.
Based on this interest rate message from Norges Bank show, Strand wrote the financial crisis in Norway is mostly over. He argued that the bank’s choosing to increase its interest rates by 0.25 percentage point to 1.75 percent should be seen as a result that the economy is getting better, both at home and abroad.
He also discussed that no other country in the world have managed the world economic crisis so well as Norway and attributed this success toa good portion of luck, oil and gas:
-In fact, Norway has not really done anything other than what other countries have done: We used a lot of money to keep banks and other business alive – and people at work., added he.
Strand also pointed out how Stoltenberg government used the oil fund unlike other countries which had to borrow money to keep the economic wheels turning during the crisis and described their strategy as a totally new situation for Norway.