Talks not filling even seed of fig -I- 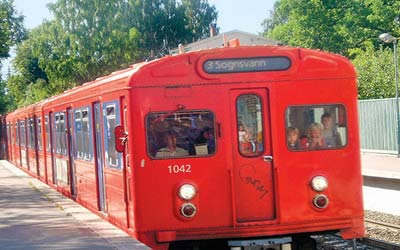 “Talks not filling even seed of fig” is the literally translation of a Turkish proverb that is used for the talks that has not a function or ‘benefit’ to anyone. Choosing a title referring a fruit that is rarely found in the country in question may jeopardize my message but I supposed that my dear Norwegian friends are rich enough to afford to be acquainted with the taste, form and seeds of this delicious middle eastern-Mediterranean fruit as it is abundant in many groceries in Grønland.

Nonetheless, it does not change the fact that beginning writing about my impressions on Norwegian social setting with a heading having negative connotation has potential to kill your appetite to read the rest. That is the reason why I need to warn the pragmatic readers who have high intellectual expectations from these talks. While reading them, you may act the person who lately realized people cannot feel their ears or touch their elbows with their tongue, or you simply see that it is just a written form of your own experiences and feelings. So, under this circumstance if they still sound appealing, you explore my reflections that will be added regularly.

For a new comer to Norway, T-Banens (Subway) are one of the richest and adventurous social settings. While exploring the people and the scriptures that are as senseless as the sentences uttered around you, an announcement is heard ‘Dørene lukkes’ If you are lucky enough to be the guest of a t-banen driver who articulates it well-that is a rare case-, you try to derive what it may mean by referring the lexicon of the languages you know. And this announcements go on as the door opens and closes every time.

As you ponder what it may mean, it turns into the ‘biggest language input’ in your Norwegian. Till you learn Norwegian properly, you subconsciously end up learning these announcements by hearth and when somebody asks you whether you know Norwegian: you realize you have something to say: dørene lukkes, neste stasjon. After mastering their pronunciation, these announcements start to reveal new meanings. You start to analyze the drivers character and emotional mood from their voice tone: -”neste stasjon rrr Tøyen” This vivid voice tone belongs to a t-bane driver who is full of energy and positivism and she sounds as if she attends to one of those popular ‘get rid of your problems’ therapies. -”neste..r ….hmmm….Tø…yen” And this announcement which comes from a driver who has problems with his colleagues or family and has a routine life also he is evidently suppressed by his wife. As a resident of Oslo, I call Traffikanten to stop automation of the announcements at t-benanens, please do not deprive us from these rich language and anaylsis resources by using pre-recorded sounds, even if it is for cost to travel with the old red T-banens, the roof of which drops all the time.