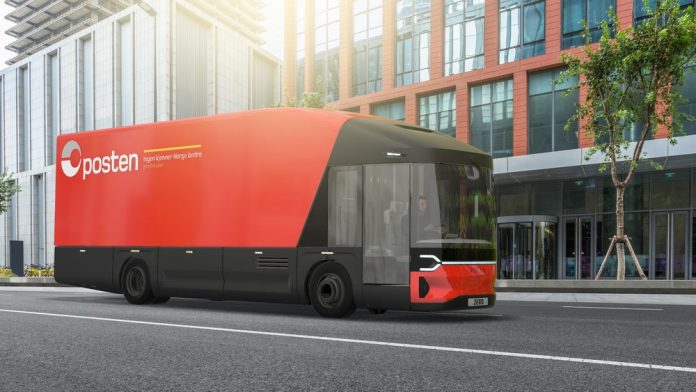 From 2021, Norwegian postal service, Posten will use the world’s first purpose-built, fully-electric 16-ton trucks for delivery.

-It is very exciting and we are very much looking forward to getting this vehicle to Norway, says Posten press officer, Kenneth Pettersento NRK.

Posten will collaborate in this initiative with the company Volta Trucks.

The truck is called the Volta Zero and has a range of between 150 and 200 kilometers.

-We start by testing in Oslo, then Stockholm will be the second city. If we succeed, we will start using in several Norwegian cities, says Pettersen.

Since 2008, Norway Post has reduced its emissions by 40 per cent.

The truck is first and foremost a trial project that has not been finalized. After the trial period, Posten will assess whether the trucks are worth trying.

Volta Trucks is a Swedish technology startup developing fully electric trucks for commercial use within and around urban areas: ensuring safety by design, while removing air and sound pollution from city streets.

Founded in May 2019 by Carl-Magnus Norden and CTO Kjell Walöen and headquartered in Stockholm, Volta will be unveiling its first prototype vehicle at the start of summer 2020. Street pilots will be carried out in partnership with selected retailers in London and Paris in 2021. Volta trucks will be custom-made according to order requirements and feature a unique ‘Truck-as-aService’ rental model.