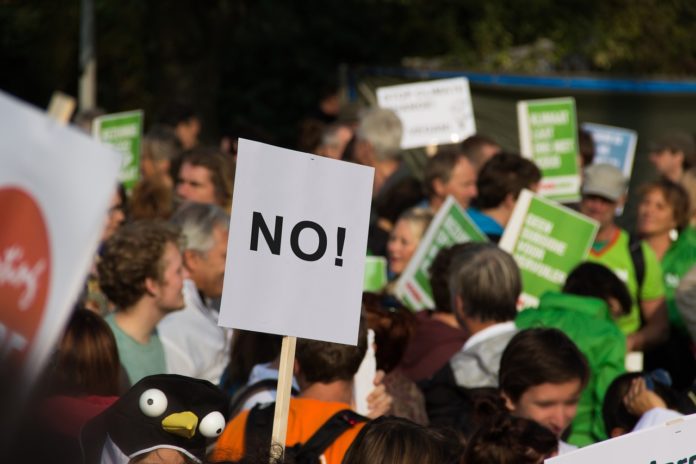 Majority of young people in Europe and the world no longer think it’s essential to live in a democracy, writes VG. It reminds of time before the World War II, warned The Confederation of Norwegian Enterprise – NHO director Ole Erik Almlid.

The shocking figures are included in NHO’s perspective report, which was presented during Arendalsuka.

– We witness several alarming developments internationally. Protectedism, falling trust and skepticism to international cooperation and trade. It is necessary to warn, Almlid said to VG.

The report addresses developments in the world and Norway, and how different discoveries will affect us in the future.

China for Democracy
In Russia, only 20 percent of the young people think it’s essential to live in a democracy. The only country that breaks the trend is China, where the big majority of people states living in a democracy is essential.

The figures are derived from the World Value Survey: It covers 60 countries (Not Norway) and a total of 85,000.

The NHO itself has conducted a survey in Norway, where they have asked Norwegians how important it is to live in a democratic country. Among the elderly there is a large majority who say it is important, but only 50 percent of those aged between 30 and 39 believe it is important and the number for younger generation is 55 percent.

Almlid believes these findings are frightening and very similar to the ones before World War II.

– Today, we see clear anti-democratic tendencies, where more countries turn into dictatorships, where strong leaders rule, such as Russia and Turkey. In addition, we see that strong right-wing radical forces are gaining increasing support in central European countries such as France, Italy, the Czech Republic and Germany, says he to VG.

Almlid believes the political situation is more stable in Norway than most other European countries. But he expresses his concern about increased protectionism and resistance to globalization.