President of Ukraine Volodymyr Zelensky made a video-relayed address to MPs and members of the Government on Wednesday 30th March.

– This is a crucial moment in European history, where the fundamental values ​​of democracy are again threatened by the brutality of tyranny.

This is how President of the Storting Masud Gharahkhani (Labor Party) opened his introduction, just before President Zelenskyjs took the podium.

He was welcomed to standing ovations, before launching a longer appeal to the Storting – where he, among other things, begged for more weapons to shoot down planes and sink Russian ships.

– Norway, we do not have common national borders, but we have a common neighbor who opposes all our common values, Zelenskyj says via video link from a bunker in Kyiv.

He emphasized that he was grateful for Norway’s assistance with weapons, but at the same time reminded that the war was still going on and that more had to be done to stop Russia.

“The weapons you can help us with will be able to help us in the fight for our freedom and your freedom,” the Ukrainian president told the Storting.

Zelensky also raised the sanctions against Russia, and was clear that more sanctions are the only way to influence Putin.

He highlighted how Ukrainian forces were involved in the liberation of Norway.

– The first soldier to liberate Norway in 1944 was Ukrainian, Zelenskyj pointed out and continued:

– A thousand years ago, Norwegian Vikings were our guests in Kyiv, and participated in the formation of the Kyiv Empire, said he.

After the speech, Prime Minister Jonas Gahr Støre told Dagbladet that the way the Ukrainian president drew Norwegian history made a special impression.

– He shows incredible courage and leadership. He knows who he is talking to, and does it extra closely with historical ties, Støre said. 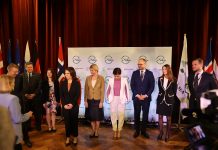 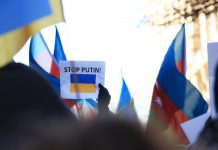