Right Wing Party of Norway: There Will Be More Car Fires, If Labor Party Is Elected 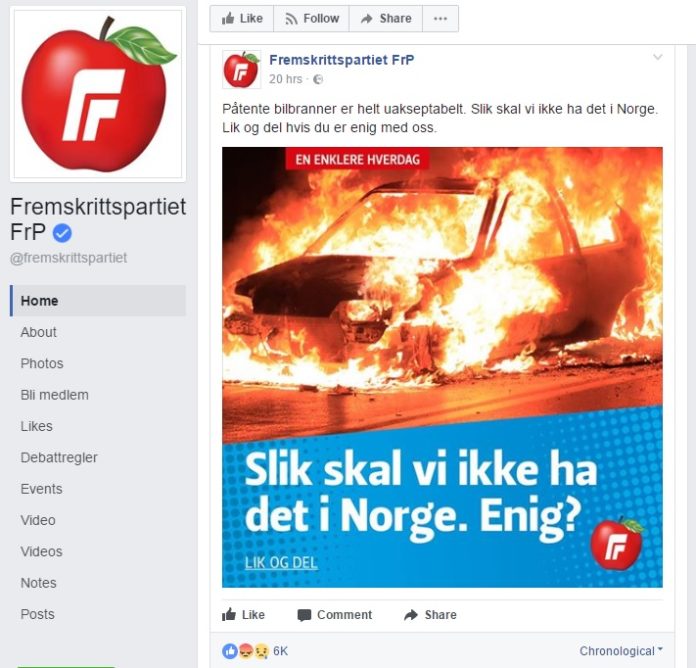 Even though Oslo police still do not know who is behind the latest car fires in Oslo, coalition government partner Progress Party (Frp) uses it as part of their election campaign.

On Tuesday and Wednesday total 11 cars fire incidents were reported in Oslo. The police is investigating the cases and so far nobody have been arrested.

Yet, coalition government partner, Progress Party (FrP) posts a poster on Facebook, with an image of a burning car and slogan “we will not have it in Norway. Agree?”.

He also claims that there will be more burning cars, if Labor Party leader Jonas Gahr Støre is elected as prime minister in September.

“FrP Rules the Country and Controls the Police”

– These incidents happen under Frp’s rule. Justice Minister is from their party, they are the ones in charge of the police. Keshvari should clean up his own mess, says Støre to NRK.

Also some facebook users react under Frp’s post by accusing the party to create conflict and division for its own benefits before the elections.