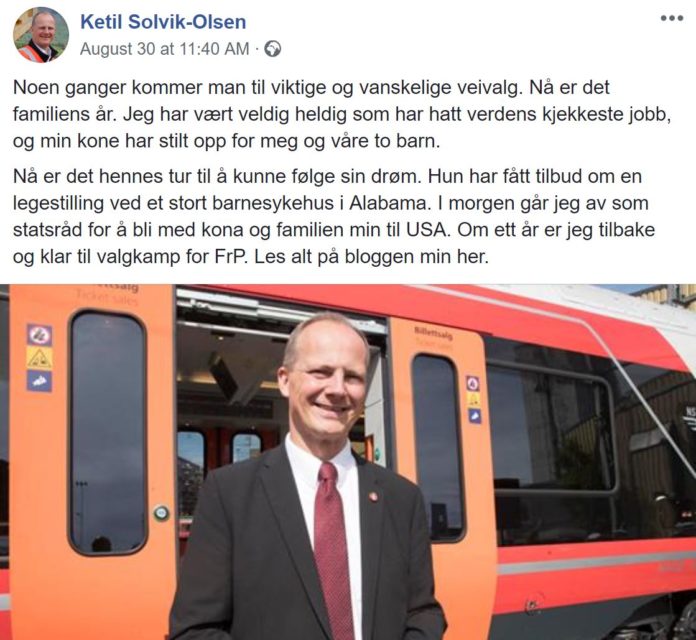 Norway’s Transport Minister Ketil Solvik-Olsen has resigned from his job to support his wife in her medical career, after she got a position at a hospital in the US.

Explaining his decision on Facebook on Thursday, Solvik-Olsen said he had been “very lucky to have had the world’s coolest job… Now it’s her turn to be able to follow her wife’s dream.”

The minister said he would move to the US for one year, as his wife worked at a large children’s hospital in Alabama, before returning to politics in Norway.

Norway is placed second out of 144 countries for gender equality in the World Economic Forum’s 2017 Global Gender Gap Report.