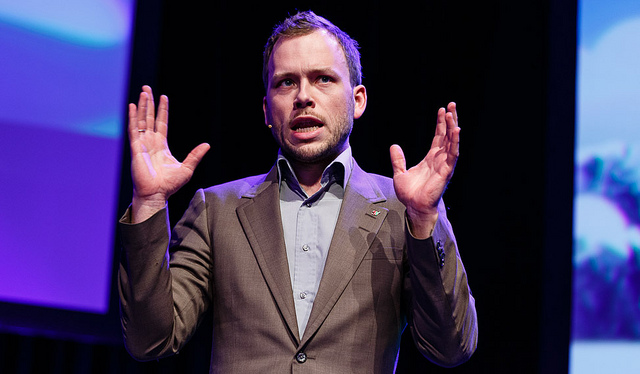 “A sad and historic morning. Now we see what the alarming inequalities and fundamental crisis of confidence can do to a society.”

After Prime Minister Erna Solberg’s congratulation message to Trump, he sends another twitter:

“No, we do not share Donald Trump’s values. (Norwegian) government lacks a critical stance today. Many Norwegians feel unease, so Norway should show attitude.”

On his blog, Lysbakken further writes that  the choice might bring a dramatic change of course for the United States, Norway’s most important ally since the postwar period.

– It leads to big questions about the US role in the world, and Norway’s relations with the United States. Today’s politics, where Norway often follows American interests must now change, writes he.

Trump is an authoritarian opportunist

He also accuses the newly elected president of the United States as an authoritarian opportunist.

– His campaign has shown a lack of respect for democracy. He has led a national chauvinist campaign. He has openly embraced racist and sexist rhetorics. He has openly called for violence, breaches of international law, flirted with the idea of using weapons of mass destruction. He does not believe in climate change, will burn more coal and throw America’s commitments to efforts against climate change. Not least, this is a dark day for American minorities who wake up to a changed and uncertain reality, wrote SV leader.

He further described what we see in the United States is a symptom of a society in crisis.

Liberals: It is Sad

She wrote: “Not even against a man like Trump, United States did not chose a woman.