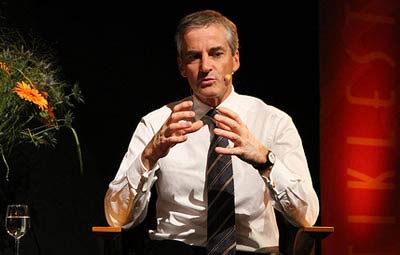 Former Foreign Minister and Ap leader Støre made the statement firmly in his summary of the first day of the convention in Oslo on Thursday.

He stated that there must be no longer a prerequisite of a peace agreement for recognition.

– Main core of the problem is occupation, and Labor Party is “friend of both Israelis and Palestinians, said Støre.

He also criticized the Israeli Prime Minister Benjamin Netanyahu’s statements in the election campaign, in which he stated that there will not be a Palestinian state in his reign.

As a reaction to Støre’s statements, Israel’s ambassador to Norway, Raphael Schutz issued a warning to the Labour Party. To recognize Palestine as an independent state now will be a mistake which helps to prolong the conflict, he said.

– I am a strong supporter of a Palestinian state that can live peacefully side by side with Israel. Meanwhile I am deeply convinced that recognition of Palestine as an independent state now is a mistake. This is the Israeli perspective, writes Schutz.