Norway Will not Fight in Iraq Because of Russia Crisis 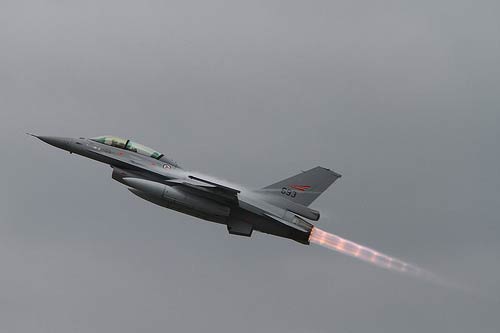 Russia’s increased military activity in north is one of several reasons why Norway is not sending fighters to Iraq and the war on IS, according to Prime Minister Erna Solberg.

– First, the United States did not ask Norway to send fighters to Iraq. Secondly, we have some technical challenges to maintain capacity at home. The third reason is the tense situation in our region, says Erna Solberg to VG.

She stressed that the submarine hunt in Sweden is not the cause of the withdrawal.

– I think the overall increased Russian activity in air and at sea, and the movement of troops make it necessary to pay close attention here at home, says Solberg.

She believes that Norway’s allies in NATO have great understanding that Norway must use more resources in the Arctic and on the border with Russia.

– With a common border with Russia, Norway is in a different situation than countries such as Denmark, Holland and Belgium, she says.

Reports of new submarine sightings remain, for many Swedes, one of the iconic images of the Cold War and of the Swedish relation to the Soviet Union—for some underlining what was considered a major threat to Swedish sovereignty. However, the reports of these incidents are not uncontested, and an intensive debate emerged early on.

As the Soviet Union did, Russia denied that it was responsible for violating Swedish waters.