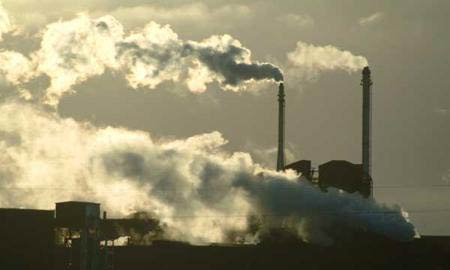 An electrical car is still now a privilege that goes
with belonging to a modern society where we try to make the public policies
meet environmental needs. The car then will go till the border, but not further
if the neighboring country does not provide the same facilities: Recharging
points are not accessible everywhere.

The bicycle is
the most common and democratized vehicle that save the planet but not the time and
human energy. Very useful for short distances, it gives the opportunity to
enjoy the road and do exercise. The efforts pay: At night, one falls
asleep easily because of tiredness, but also because of this harmony with the
ecosystem, one’s CO2 emission being reduced to zero.

Raising the green awareness is becoming the clue of many
campaigns at the international level. The extreme weather manifestations
raise the motivation to join pro environment troops and change one’s habits.

Saving resources starts at individual scale. Yet sustainable
solutions are expected with long term projects and the relevant support of
governments. The question of Environment is a big issue which requires big
decisions made by big powers. These should assume their responsibilities,
especially the top listed energy consumers.

Denmark, for instance, is on the cusp of a clean
energy revolution. The parliament has adopted an ambitious program
which targets to get 100%
of energy needs from renewable resources by 2050.

The conversion into clean energy is a huge but worthy
challenge. According to Svend Søyland, senior advisor in Bellona
Foundation, “the main obstacle is that we are
not prepared to pay the full prize of pollution and energy use. Abolishing
fossil fuel subsidies both for production and consumption combined with a high
price on emitting greenhouse gases. If these changes are met, cleaner energy
will emerge rapidly.”

This may only happen if concrete decisions are taken. Reticence
to adopt green environmental strategies induces risks that weaken directly
the sustainability of natural reserves. It impacts also the weather
conditions and creates new social phenomenon like climate refugees.

For these reasons, UN Secretary-General Ban Ki called
the 130 world leaders who participate in Rio+20 summit from 20 to 22nd
of June, to step up efforts to reduce poverty and promote decent jobs, clean
energy and fair use of resources.

He
added in a press conference at UN Headquarters in New York that The summit is a once-in-a-generation opportunity to make real
progress towards the sustainable economy of the future. There is still much
work ahead, but foundations are in place for agreement.

Negotiations on the outcome document of the summit have
now reached agreement on more than 20 per cent of the text.

On
this matter, Søyland think that participants should
focus on resolving few issues instead of many complicated ones, drop the
zero-draft document and aim for three global goals.

Søyland is closely monitoring international climate
negotiations and liaising with non-governmental organizations. The Bellona Foundation is an
international environmental NGO based in Norway. It has become a recognized
technology and solution-oriented organization gathering some 75 engineers,
ecologists, nuclear physicists, economists, lawyers, political scientists and
journalists. Their activities focus on energy efficiency, renewable energy, CO2 capture
and storage among other environmental challenges.