Is There Such a Thing as Norwegian Drinking Culture? 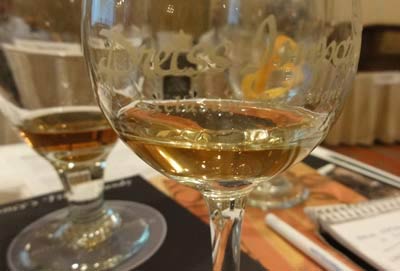 Imagine an Italian farmer overlooking his vineyards and pouring a drop of his favorite own creation in a long stretched glass and taking taste, swishing it from the right to the left side of his mouth. Or imagine your typical French guy smelling a vintage old-whatsoever-red-wine, eating cheese and a baguette, with eyes closed. Or the slightly cumbersome German, hitting it off in a cozy, rustic basement with a half-liter beer from his local brewery while happily singing along with his mates.

The longer you consider all those clichés, the more you can’t help but notice that drinking behavior does shape a couple of widely known national stereotypes. However, it becomes difficult to say who has been there first: the chicken or the egg? The alcohol or the culture? Yet one might conclude that, among climate, history, language and all the other generally accepted factors that form a community or culture, alcohol might also be an interesting factor to look at. It is so often involved with social gatherings, food and restaurants, adolescent life and night-life areas. When agreeing with that notion, however, one might wonder – is there such a thing as Norwegian drinking culture? Is there the enjoyment of having a glass of wine on a gentle summer’s night, an after-work beer at the pub around the corner or a tasty one-for-the-road after a heavy meal? In order not to be one-sided regarding Norwegian social life, the first answer has to be: yes. In private circles, without a doubt.

Yet Scandinavian drinking conduct differs from the examples just mentioned. Generally labeled as being slightly reserved and cautious, many Norwegians tend to turn that around when drinking. It often appears to be without limits, sometimes leading to excess and culminates into situations often associated with binge-drinking. Of course this is not only a Norwegian problem but an apparent global one. Here in Norway, however, the high alcohol prices force young adults to get wasted with cheap alcohol during the vorspiel, or pre-party, and eventually end up turning into jumping jolly bouncing balls on Oslo’s dance floors on the weekends. Once in a while, that is a blast for sure. However, just having a simple glass to linger with, or a drink to accompany a chat or meal –completely without the foggy memories and without the headache that feels like you took a baseball bat to the forehead the next morning- might be worth trying for a change.