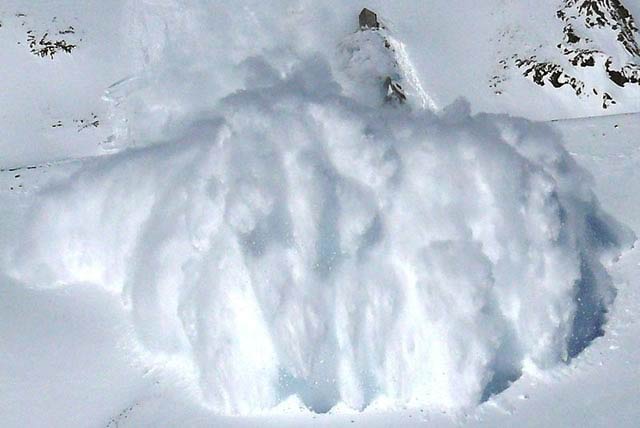 Avalanche danger is increased to considerable danger level 3 in Finnmark, Troms, Lofoten and Vesterålen. The rest of the country has yet hazard level 2, which is moderate avalanche danger.

In the last three winter seasons, 29 people were killed in avalanche incidents in Norway. 20 of the fatalities occurred in March and April. Most of the fatalities were skiers or snowboarders, and hazard ratio during the accidents was estimated to be between moderate and substantial.

The hazard level 3 is a high probability that skiers trigger avalanches in exposed terrain.

If you want to fully enjoy your tour in the holiday season, you must adopt some important avalanche safety rules. Avalanche is a fast surge of snow that plummets down the slope. On mountain terrain, there is no avalanche safety at all! An snow avalanche never occurs by itself or spontaneously, but there’s always a trigger. The trigger can be natural, such as weather changes – or of human influence. Natural triggers include extra precipitation, temperature fluctuation, rock or ice falls, and other changes within the structure and load of the snow cover. Human avalanche triggers include skiers, motor sleds and controlled movement of snow to create smaller avalanches that can be monitored so as to prevent bigger ones.

Here are some safety tips

• Evaluate the avalanche hazard before attempting a rescue.

• Areas with fresh accumulations of wind-driven snow are particularly vulnerable.

• Extremely steep slopes particularly in shaded areas near a ridge are also risky.

• Always travel with a partner. Descend risky areas one by one and watch for avalanche signs.

• Wear an avalanche rescue beacon that signals your location.

• Carry a small shovel and a long probe to locate a buried partner.

• Learn how to use the rescue equipment.

• If caught in a slide, try to get off the slab or grab a tree.

• If swept away, swim to the surface.

• Evaluate the avalanche hazard before attempting a rescue.