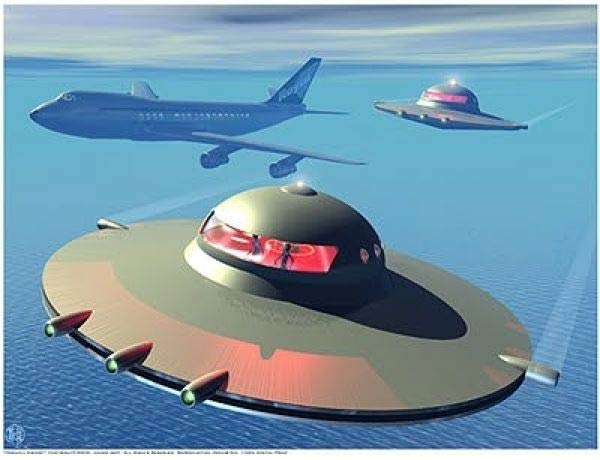 As it is a niche segment,
it doesn’t really have a definition, but it could be defined, in a basic way,
as people traveling to experience UFO sightings or to see something related to
extra-terrestrials; like crop circles, the pyramids, Stonehenge and such
depending on what they believe formed these structures. Popular belief among
the “believers” is that these listed formations have the “touch” of extra-terrestrials.
These are the well-known UFO tourism sites along with what could also be
classified as such, depending on the person’s point of view. UFO tourism was
mostly popular in the USA due to the popularity of Roswell, New Mexico; the
alleged UFO crash sites, and Area 51; the infamous US military base in southern
Nevada.

This is a purely “pull”
tourism, that means people interested in these matters are attracted towards
these destinations. As this tourism segment is heavily under researched, it is
hard to accurately state the motivations behind this tourism sub-segment. But
it is safe to say that these people are believers of extra-terrestrial life and
want to experience something about this phenomenon.

So how does this affect Norway?

Norway has several UFO
tourism destinations. In the early 1950s, rumors began circulating that a
crashed UFO had been recovered on the Norwegian-owned island of Spitzbergen, or
Spitsbergen, one of a group of islands called Svalbard. There are actually two
separate UFO crash stories about Spitzbergen. The first is that a crashed UFO
and alien bodies were discovered there in May, 1946. The 1952 Spitzbergen crash
story first appeared in the German newspaper “Saarbrücker Zeitung” in June
1952. The article, entitled “Auf Spitzbergen landete Fliegende
Untertasse”, was soon picked up by several other German newspapers, with
many of them citing “The Stuttgarter Tagerblatt” as the original source.  The story was that jets of the Norwegian Air
Force spotted a crashed UFO while flying over Spitzbergen on maneuvers. The
craft was disc-shaped with a series of jets around the rim of the disc to make
it spin.  According to the first article
about the crash, the craft was an unmanned, remote-controlled vehicle with
Russian writing on the controls, but as the story was embroidered with each
retelling, it soon acquired seven alien crewmen who were burned to death in the
crash.

But the best known site
today has to be Hessdalen. Hessdalen is a village approximately 120 km. south
of Trondheim and has a 15 km long mountain valley in which seeing UFOs has been
quite common since 1981. From 1981 to 1984, villagers from Hessdalen saw
incredible UFO activity. At the peak, 20 observations were made and reported in
a week. Field investigations by some relevant academics were made during and
after this period. Despite the relatively low activity in Hessdalen today, the
interest is still high. In 1998, an observation station was built overviewing
the valley for improved observation and analysis, and it is still working to
this day. You may visit the official web page of this phenomenon at
www.hessdalen.org

A group of scientists
started research on the phenomena in 1984. Today The School of Engineering and
Natural Sciences, Østfold College (HiØ-IR) is in charge of this project having
a special camera station and a staff responsible for the work flow of the
station. A lot of people come every year to visit and try to see UFO
themselves. Hessdalen lies in the municipality of Holtålen, having about 2500
inhabitants, is situated in an area of outstanding natural beauty, and has much
to offer other than UFO’s that is of historical and natural interest, as well
as hunting and fishing. The abundant animal life include moose, reindeer and
roe-deer. There is good salmon and trout fishing in the river Gaula, and the
municipality boasts several excellent fishing lakes.

A Scientific view on Hessdalen Lights.

Although most similar
occurrences of strange lights in the sky have an explanation, in Hessdalen, a
team of scientists continues to search for one. Astrophysicist and radio astronomer
Dr. Massimo Teodorani has suggested that they could be the result of
“ionosphere activity, solar activity, cosmic rays, magnetic monopoles,
mini-black holes, Rydberg matter, heated nanoparticles, piezoelectricity, [and]
quantum fluctuation of the vacuum state.” He goes on to explain that except for
piezoelectricity, a type of electricity that builds up in some solids, they
have been unable to find proof of any of these theories. Another possible
explanation was posed by Marsha Adams of the International Earthlight Alliance,
who suggested that the lights could be the result of commercial air traffic.

International awareness of
this phenomenon happening in Norway is not high, only people interested in
these issues are made self-aware of such places in the world. UFO tourism has
also a lot to do with spiritualism and finding peace. If you travel to a UFO
hot spot and spend some time there, there is no guarantee that you will stumble
upon a UFO, this could be argued as a counter point against UFO tourism but the
whole point is not the seeing of a UFO, the point is a more spiritual one.