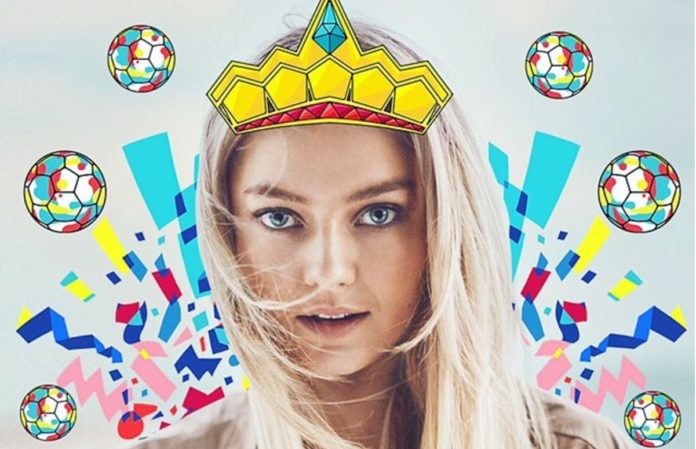 According to a survey published on the UEFA website , active football play helps to strengthen self-esteem and ability to form and maintain friendship.
-I am very excited and proud to be part of this, Smeplass says to VG about her new ambassador role.

According to a UEFA news release, the campaign aims to increase women’s participation in the sport, namely among girls 13 to 17. The initiative draws from research by the University of Birmingham. which found that playing soccer can significantly boost confidence, happiness and self-image.

Also the same report shows that there is a problem with girls’ dropout from sports participation in the 12-15s, often due to poor self-esteem and social pressure.

Smeplass wants to fight this. She will travel to Cardiff to join the Champions League final between Paris and Lyon.

The artist is known as an avid football fan and player. She started playing football as a child and played in local teams. On Instagram she regularly shows her football skills:

The UEFA campaign will continue in the weeks leading up to this summer’s UEFA Women’s Euro 2017 with other events and grass-roots efforts across Europe.