A 200-meter long and 3.5 meter high wire fence will be built at Storskog border station in Sør-Varanger, writes NRK.

Police officer and border chief Stein Kristian Hansen said to NRK that it is a simple security fence, after the refugee influx from Russia last year.

In the autumn of last year, around 5,500 asylum seekers had come to Norway from Russia over Storskog.

The price tag for fence is four million NOK. According to the mayor of Sør-Varanger, Rune Rafaelsen, the international media is interested in the project. Rafaelsen is not happy with what is happening. He believes Norway as a nation of peace should not be doing this.

– This is not the wisest things Norway does in relation to Russia. I can not see the practical value of this kind of fence.

Rune Rafaelsen is also concerned about the symbolic value, that Norway is in the process of setting up high fences.

Talking to NRK, undersecretary of the Ministry of Justice, Ove Vanebo says the new border fence is necessary and important for Norway as outer port in the Schengen area.

– Norway, as outer port of Schengen area, has obligations to other states in Europe. This is a measure that the entire government stands behind. It is part of the Norwegian policy to ensure limits, says Vanebo. 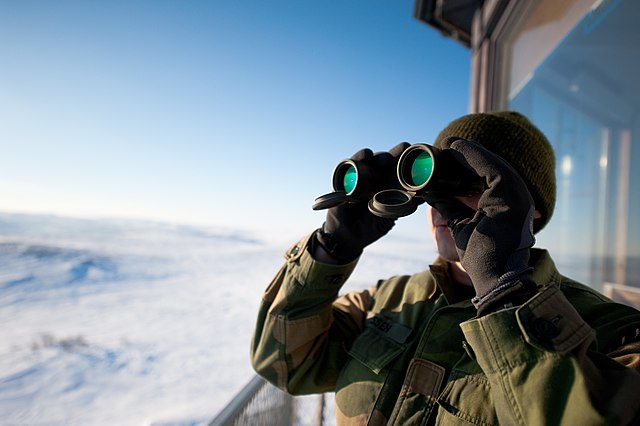