An advertisement for condoms by convenience store 7-eleven has gone viral for its brutal honesty about Norway.

But the words above their heads proclaim: “Welcome to Norway! The Land of Chlamydia.”

And then, it reads: “Norway has one of the highest rates of chlamydia in Europe. Visiting from abroad? Make sure to protect yourself against the locals! Get your condoms at the nearest 7-Eleven.”

Welcome to Norway! The land of chlamydia! Always protect your peepee peeps! pic.twitter.com/OQw0qx7bUz

The ad has also a video version. The video opens with a celebration of Norway’s famous scenery, from mountains to fjords, then shockingly warns viewers about the nation’s sexual health issues.

The video ad, describing Norway as “the land of the fjords, the mountains, and chlamydia” reads: “Visiting Norway? Here’s a souvenir you don’t want to bring home!”

The controversial ads have gone viral in a short time. John Oliver took a comedic shot at the campaign on Sunday’s episode of “Last Week Tonight,” too.

But the ad has provoked Norway’s tourist board, Visit Norway.

– This is not a good promotion for Norway, and as a depiction of Norway and Norwegians it is a disaster,” he said.

Kampanje magazine, which is responsible for the media and advertising services of 7-Eleven Norway, says they based the ad on statistics from Norway’s Sex and Society center – the country’s largest center for sexual and reproductive health and rights – which in 2015 said that only Denmark and Iceland have more reported cases of chlamydia than Norway. 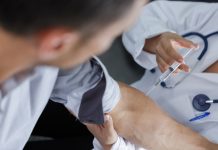 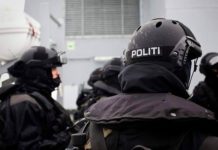 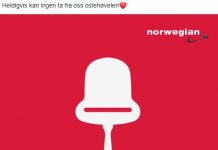