The whale continued to swim to shore as the fire department spent hours trying to get it out into deep waters. They assumed that the whale must be sick due its strange behaviour and so they contacted the Department of Wildlife Conservation.

The whale got stuck in shallow waters repeatedly despite help from both the fire department and the Department of Wildlife Conservation.

“The whale was sick, and therefore it had to be euthanized. We are researching it now to find out exactly why it was sick,” Eivind Sangolt from the Department of Wildlife Conservation tells NRK.

It took 5 people and 6 hours to dismember the remains. Large quantities of small plastic as well as candy wrappers and plastic bread bags were found in addition to the 30 plastic bags, according to NRK.

Zoologist Terje Lislevand tells NRK that the whale was in a lot of pain for a long time. Its digestive system was completely depleted of nutrients.

“I’m afraid to estimate how long it could have taken before his stomach was totally full. In this case, the plastic particles accumulated and created a barrier in the system.”

This goose-beaked whale is the first documented one of its kind to be found in Norway. What’s left of the whale is frozen down at the University of Bergen Museum. They plan on eventually putting it on display in the museum.

More Plastic Than Fish In The Sea

According to a study done by the World Economic Forum, by 2050 there will be more plastic than fish (by weight) in the ocean. The study also showed that there are at least 150 million tons of trash in the ocean today. There are currently five giant landfills floating around in oceans around the world. 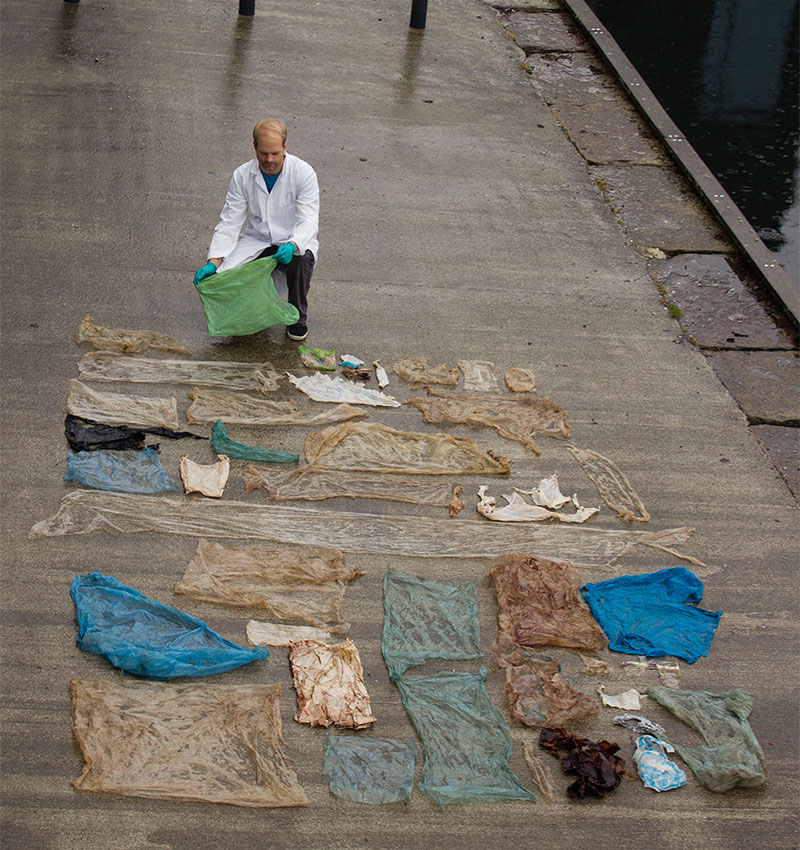 Over 30 plastic bags where found in the whale’s stomach. Photo: Christoph Noever