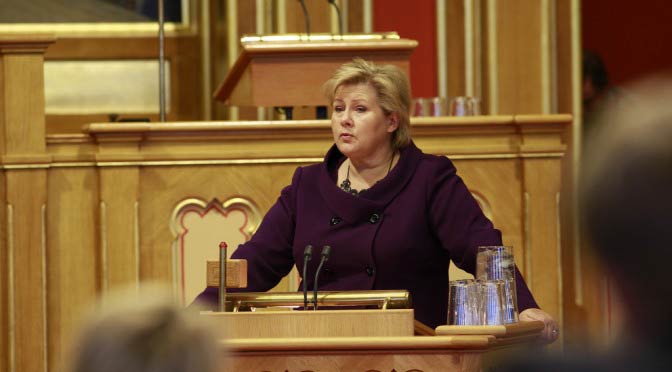 Norwegian government sets out 30 measures to prevent radicalization and extremism. Police Security Service will include into play earlier, writes NTB.

– Using resources early to prevent young people make a mistake that could have consequences for the rest of their life, is a cheap investment – an investment that could lead the Police Security Service (PST) to have fewer future “clients”, writes prime minister Erna Solberg and the Justice Monster Anders Anundsen (FRP) in a feature article in Aftenposten.

They believe the plan introduced by the previous government in 2010 was  a good intention, but too vague and gave few concrete results.

The overarching goal of the current action is that everyone must take their share of responsibility for creating an inclusive society in which extremism can not grow, according to Solberg and Anundsen.

– We will bring in the expertise of PST at an earlier stage of their work.

The measures include involvement of more actors in the prevention process. In this frame,  child welfare, school, health care, leisure clubs, Labour and Welfare Administration, immigration directorate will be included in addition to police and correctional services.

– If we focus on more prevention today, we get fewer people who might pose a danger to the security of society tomorrow, writes Prime Minister.