On Saturday night at 23.00, a notification of fire in a residential building in Lærdalsøyri came. The people who were in the house , got out safe and sound , but the fire quickly spread to other houses in the area.

So far, it is estimated at least 23 buildings were burnt down, at least three of them are located in a conservation area, and one of them had protection status by UNESCO.

About several hundreds inhabitants were evacuated from the fire-hit region. The police reported 90 people have been hospitalized after the fire. A total of 300 have been examined . The fire is described as “stable “, but there is still a risk of flare.

Police have cordoned off an area in Lærdalsøyri because they fear that more gas cylinders belonging to a construction company will explode.

– There are gas bottles in the area that posess a risk of explosion, says Nils Erik Eggen, Duty press spokesperson at Sogn og Fjordane police district, according to NTB.

He said the situation in the fire-ravaged area are not fully under control. He states that the mobile network is down, that creates problems for the police and rescue team.

See pictures from the fire

The telecommunications network and broadband connection are down in Laerdal after the service provider Telenor’s center burned down. But the company is on the way with mobile equipments to fix the network system again.

There was a risk of explosion due to a factory nearby, but it is  over now. The fire also spreads to the mountainside. But no building is threatened there.

Police still investigates the cause of the fire.

The entire downtown Laerdal is without electricity, according to Aftenposten. Justice Minister Anders Anundsen says that the situation in the town is extremely demanding.

The authorities are now trying to collect information about how many homes are without water and electricity.

Both the military and various power companies are heading to the town with power supply.

The police report that the fire situation in Lærdal is now under control.

Calm down, everyone – dramatic night in #Lærdal, but the old town still stands, thanks to heroic efforts pic.twitter.com/RduMA7F4Jr

Some of the devastation apparent when daylight broke. #Lærdal #TV2 #Norway pic.twitter.com/4lZIqnfY64 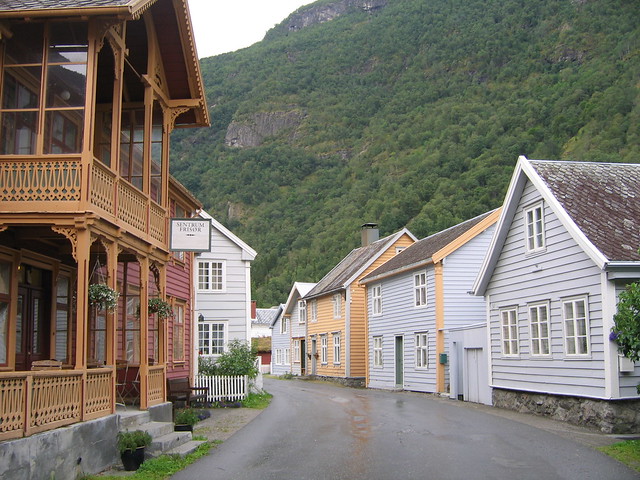