Norway to Penalize Glorification of Terrorism 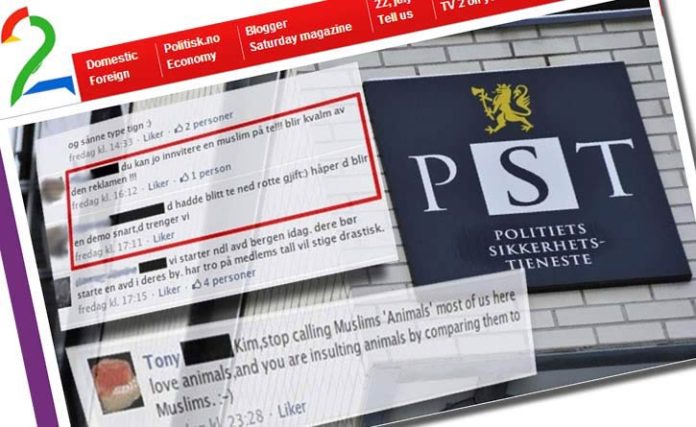 According to Norwegian laws, it is an offense to incite terror. But the PST will go further and ban the glorification of terrorism, writes NRK.

PST-chief Alana Bjørnland thinks there may be an important radicalization factor, if they do not necessarily penalize offenses such as paying tribute to Al Qaeda or Breivik.

– We find it troubling that there is no criminal charge to actively glorify severe violence, says PST boss, who believes an amendment will provide additional security tools.

On the other hand, attorney Jon Wessel-Aas finds the proposal scary. He thinks Norway has already laws against incitement and threats of terror and criticize PST’s proposal.

– What is the glorification of terror? It is an incredibly vague definition, says Wessel-Aas.

He also refers to the ongoing civil war in Syria, where both sides have been accused of committing terror.

– Are they legitimate rebel freedom fighters or are they terrorists? These problems will encounter if you make it punishable with glorification, he said.

Wessel-Aas also believes the proposal may have the opposite effect of what they want, and lead to more radicalization.